The SPIDERS team was recently selected as the TEAM OF THE YEAR for 2015 for successfully completing the installation of three cybersecure microgrids at various locations throughout the US. As a team member, IPERC provided the distributed controls solution from our GridMaster® suite of control solutions, and obtained an Authority-to-Operate, the first of its kind within the DoD. According to Mr. Elmer Roman, the Director of JCTD Programs,

“The SPIDERS team developed, demonstrated and left in place three operational microgrids at Joint Base Pearl Harbor-Hickam Hawaii, Fort Carson Colorado, and Camp Smith Hawaii. The JCTD resulted in reduction in fuel consumption and carbon emissions, increased used of renewables, increase reliability and a significant improvement in cyber security. This was accomplished despite managing a very complex JCTD consisting of nine funding partners, the integration of technologies from five Department of Energy laboratories, integration of technology from various system vendors and a series of unexpected challenges and force schedule disruptions. SPIDERS’ most lasting contributions is its influence on the standards and policies for microgrid technology that will be applied at DoD bases worldwide.” 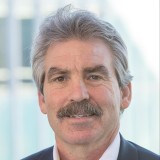 Jim is Intelligent Power & Energy Research (IPERC's) Director of Business Development for the Western U.S. Jim is responsible for identifying, creating and maintaining customers, markets and relationships for long-term revenue generation and growth in the Western Region of North America. He is an energy and sustainability business professional with 25+ years of hands-on experience in leadership, management, and business development roles within the energy and environmental services vertical market space. Prior to joining IPERC, Jim served for three years as the Head of Department, Western Region for DNV GL Energy's Sustainable Energy Use Group. Jim previously worked for five years in the Energy Efficiency (EE) Division for Southern California Edison's (SCE's) Business Customer Portfolio. Jim holds a BS in Energy Studies from Brown University and an MBA in Strategy and Finance from the UCLA Anderson Graduate School of Management.